BY JULY, AUSTRALIA AND SINGAPORE PLAN TO ESTABLISH A TRAVEL BUBBLE AND QUARANTINE CENTER.

AUSTRALIA AND SINGAPORE PLAN TO ESTABLISH A TRAVEL    Mar 15 2021 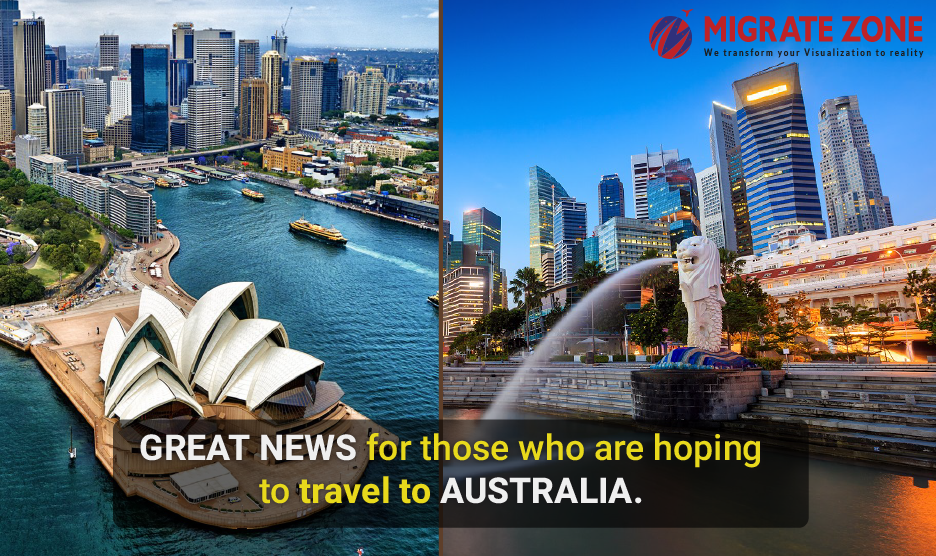 The Morrison government is working on a bold proposal to make Singapore a quarantine centre, vacation destination, and future vaccine hub for returning Australians, international students, and business travellers.

The agreement will help clear the backlog of about 40,000 Australians stuck overseas, fuel tourism to Australia from Singaporeans – and third countries down the road – and kick-start the multibillion-dollar foreign student market at Australian universities, which has been shattered by border closures.

Australians would be able to fly to Singapore for work or pleasure without needing to get permission from the Department of Home Affairs if they had received the vaccine.

New Zealand may also be a part of a three-way travel bubble that federal government sources expect to be operational by July or August – well ahead of a proposed wider opening of our international boundaries from October.

Singaporeans who have received their vaccine will be free to go to Australia for work, research, or vacation without having to stay in a hotel for two weeks.

Third-country nationals will also be able to access Australia via Singapore after completing a two-week quarantine period in the city-state.

Subject to Australian government medical advice, a person who got a COVID-19 vaccine in Singapore and was granted a Singapore-issued “proof of vaccination” certificate that Australia would recognize could have their admission to Australia expedited and theoretically escape hotel quarantine or quarantine for just a week.

The need for each nation to recognize the automated vaccine certificates of the others is a critical component of the two- or three-country bubble program.

Before the pandemic, international travel for college, industry, and tourism brought in $45 billion a year to the Australian economy, and Universities Australia reported last week that the decline in international students cost the country 17,300 jobs and $1.8 billion in revenue.

For Singapore, the plan would add revenue to Singapore's hotel operators and the wider tourism market, as well as ensure the city-reputation state's as a regional flight centre.

Setting up a two-way travel bubble between Australia and Singapore and perhaps a three-country bubble with New Zealand will be a critical move in Australia's staged border re-opening.

Australia, along with New Zealand, Brunei, China, and Taiwan has already been declared as a "green zone" nation by the Singaporean government, and Australians only need to self-isolate in Singapore before they obtain a negative PCR test result, which takes six to 48 hours.