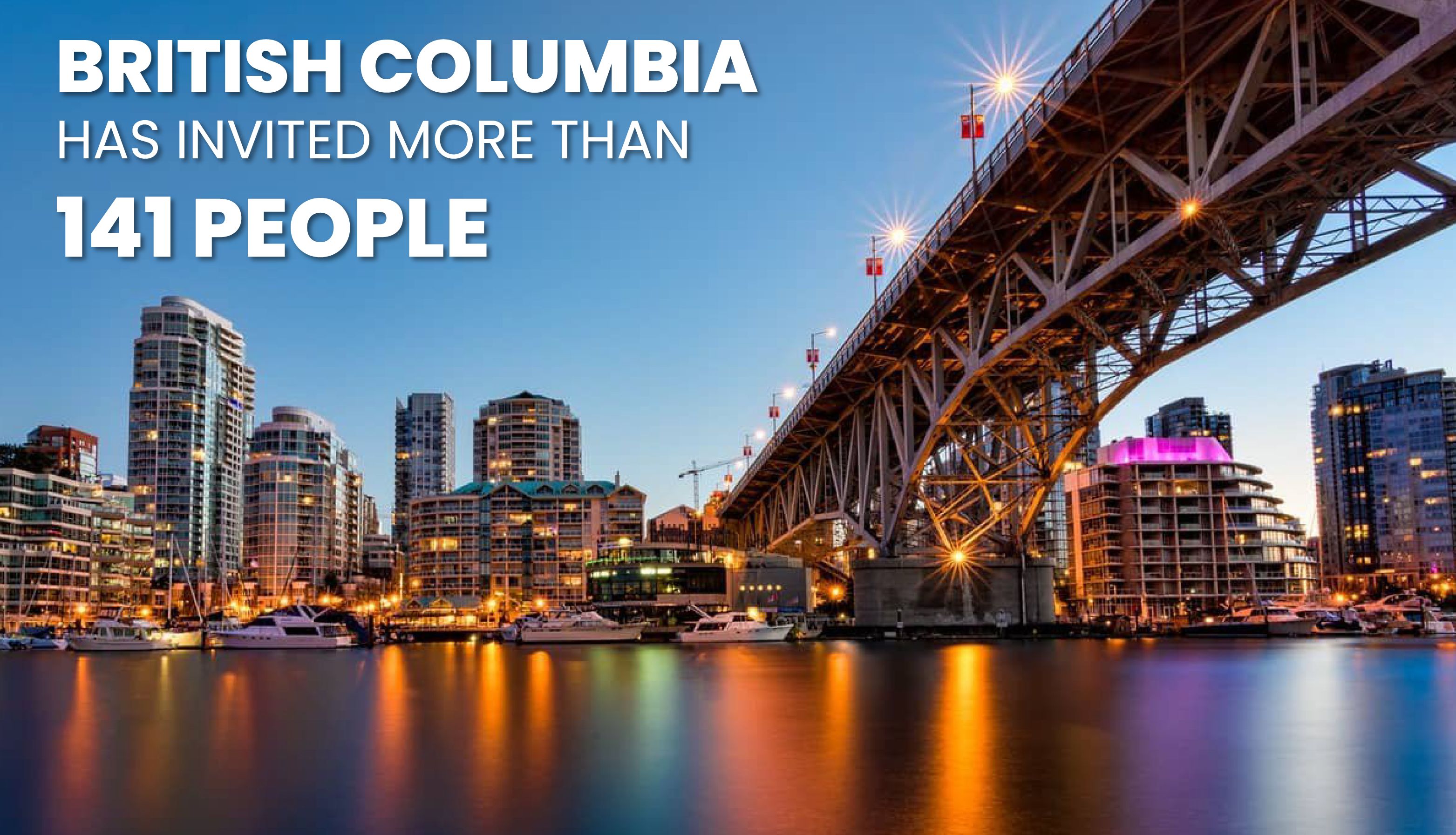 On June 7, the British Columbia Provincial Nominee Program (BC PNP) held its latest invitations. More than 141 people have sent an invitation to seek a provincial nomination. That is less than the 167 invites sent out on May 31.

How to get the provincial nomination for express entry?

Candidates must fulfil the standards of one of British Columbia's Express Entry BC or Skills Immigration categories, which are maintained through the Skills and Immigration Registration System (SIRS). Only then can they be considered by British Columbia for a provincial nomination.

What is the minimum score for British Columbia PNP?

A provincial score of 60 to 85 points is required. Candidates from the Skilled Worker, International Graduate, Entry Level and Semi-Skilled subcategories were invited to participate in this draw.

Can I apply for Express Entry with PNP?

Except for Quebec and Nunavut, all Canadian provinces and territories have PNPs. Although provincial nomination is not the same as permanent residency, it might help you get permanent resident status from Immigration, Refugees and Citizenship Canada (IRCC). In Canada, there are approximately 80 PNPs through which potential immigrants might get permanent residency. This may be accomplished by directly applying to the province or an Express Entry profile.

Candidates with Express Entry profiles may also be nominated by a provincial government and gain 600 points added to their CRS score. A good CRS score might improve your chances of obtaining an IRCC Invitation to Apply (ITA). They can also apply for a PNP-specific round of invites.

Canada has selected 932 PNP applicants with CRS scores of at least 796 to apply in the most recent Express Entry draw on June 8. Since March 2, when Canada welcomed 1,047 PNP applicants, this was the largest PNP draw to date.

Not just British Columbia, you can now immigrate to any province in Canada. For any migration-related services,  Migrate Zone is ready to help you achieve your dreams. We are Immigration consultants for Australia & Canada. Get in touch with us now:

Drop us an Email:- [email protected]